Activision seems to have yet another strategy to get gamers to keep their games, rather than selling them off right away. This attempt to circumvent the used game market involves doling out special content slowly. And I think it wasn't planned out very well, as it seems designed to actually hurt the all-important first week sales. 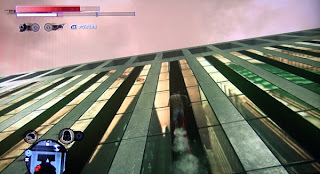 Prototype has RADNET: Individually released challenges that awards prizes - avatar items for Xbox 360 users, exclusive themes for PS3 owners. Starting a week after release, they would dole out a new challenge pack once a week.

Spider-Man has spider-symbols hidden around its open world city map. Finding these will reward you with a spiffy alternate costume to wear. Each of these symbols only becomes available after a certain date.

My question is, why are they punishing early adopters of their games? If I buy a new game, I'm (hopefully) excited about it and rush home to play it and eagerly play through it as soon as possible. Had I had this extra content available from the get-go, I would have enjoyed trying it out. But once I finished the experience, I move on to something new. Personally, I'm the type to keep my games, so I can replay anything I get the urge to experience again. But hiding content behind a time lock appears designed simply to annoy me, the eager consumer. I'm not sure I want to go back to those games that crippled my experience in such a way. 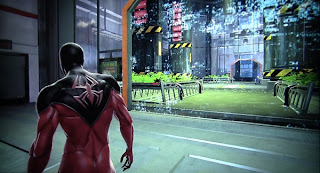 And, it's true, you can mess with your console's clock settings to make it think that it's August to get all your Spider-Man goodies now. But akin to rewarding cheaters for finding a way to break your system.


Presumably, this whole procedure is designed to get consumers to keep their games in their collections, rather than trading them into used game stores while the value is at its apex. But realistically, it will drive the informed consumer to wait until all the content is available before purchasing it, at which point the price has probably dropped. In fact, in today's market, very few games don't reach the $20 mark within six months of release; whether it's part of a sale or a permanent price cut.

So, if I have to wait until August (two months after release) to get all the Amazing Spider-Man costumes, maybe I'll just keep waiting until I can get it really cheap, right? And if everybody hold off on buying it upon release, the price will plummet really fast as panicked retailers try to scrape this pariah of a game off their shelves. That doesn't seem like a winning marketing strategy. 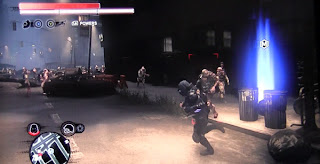 Circumventing the used game market is a difficult task, to be sure. Most attempts have a greater risk of alienating your first-run  consumers. But punishing early adopters is essentially what is happening here. Those are the people that they need to be rewarding.

Instead, why not have these bonuses be unlocked for free the first week of release, perhaps as an automatic reward for just starting up the game? Procrastinating players would have to complete tasks to unlock them later, or maybe just purchase them as DLC. It's not a perfect solution, of course... they'd probably need to make the unlock part of an in-game download so players can't use the clock-cheat to unlock the costumes. It'd also be a problem to recode that part if the game was delayed. And what if you ordered a game from an online retailer that took more than a week to ship your package?

The system is absolutely flawed. It needs to be closely re-examined to properly adjust who it truly is that it wants to target.
Posted by meager at 10:03 AM